Letters to Lovecraft is our newest genre-blending anthology of original fiction, and to ring in the new year for our readers we’ll be posting excerpts from each of the stories. Today’s piece is “Only the Dead and the Moonstruck” by Angela Slatter, a haunting meditation on grief, loss, and darker things still that stalk us when all the world ought to be asleep…

Becky heard the clink of the beer as he tried to slide it silently out of the fridge.

Micah swore almost under his breath, but loud enough for her to hear what he thought of his little sister. The bottle made an angry sound as he replaced it; then there was the soft thud of the juice bottle and the little fermented sigh as he uncapped it that told her it was almost out of date. She knew without looking that he was drinking straight from the carton; it was the kind of thing he did nowadays. She heard him slip back onto his chair and start hacking at the fried chicken on his plate. On her lap, Riddle, the fat ginger cat, stirred and sniffed, settled again, knowing that no food escaped the boy.

She tuned out the noises of her brother’s meal and watched her mother, as she always did, through the sunflower gauze curtain. Becky wasn’t sure if Suellan knew she was there, but she thought not; the woman was too focused on the sky. The stars were bright the night Aidan, Becky’s eldest brother, had disappeared, and Suellan, by her own admission, couldn’t help herself, not even two years down the track. Not even a new town, new house, new life, could stop her from going onto the narrow porch, a glass of red in hand, after she’d served up their dinner (always late, always around nine) and taken a few bites of her own, to stare upwards, judging the quality of starlight, hoping that one night they’d shine bright enough for her boy to find his way home.

And Becky understood. She understood a lot of things: that her mother hadn’t believed the police when they’d said Aidan had run away, nor when they changed their story to abducted. That Suellan sure as hell hadn’t believed them when they’d tried to tell her that the decomposed body lying on the steel tray at the Arkham morgue was all that was left of her son after he’d finally been found in the river. After all, she’d said to Becky’s father Buck, there was really only the right forearm with enough pale, puffy skin left to show the places where it seemed something had suckled and bit with all those tiny ring-a-ring-a-roses of sharp teeth, and that could have belonged to anyone.

It didn’t matter that the ragged clothes wrapped around the rotted form were identical to Aidan’s. Didn’t matter what they told her about DNA. Didn’t matter when they said Aidan wasn’t the first Essex County boy to whom this had happened. Didn’t matter that she’d eventually given in to Buck’s pleas that they move, start again. Becky remembered her father asking Didn’t the other kids deserve a future that wasn’t overshadowed by their brother’s passing? but she couldn’t recall her mother answering.

Didn’t matter, Suellan told Becky and Micah more than once, coz one day their big brother was coming back, and he’d know where to find them because of the starlight, because it would lead him home. To her… 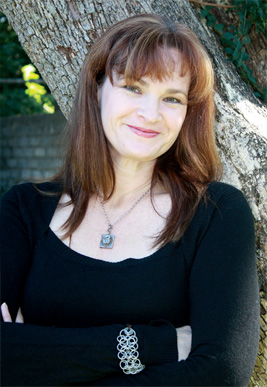 writes dark fantasy and horror. She is the author of the Aurealis Award–winning The Girl with No Hands and Other Tales, the WFA-shortlisted Sourdough and Other Stories and the new collection / mosaic novel (with Lisa L. Hannett) Midnight and Moonshine. Her work has appeared in such writerly venues as The Mammoth Book of New Horror 22, Australian and US Best Of anthologies, Fantasy Magazine, Lady Churchill’s Rosebud Wristlet, Dreaming Again and Steampunk II: Steampunk Reloaded. She was awarded one of the inaugural Queensland Writers Fellowships in 2013. She has a British Fantasy Award for “The Coffin-Maker’s Daughter” (from A Book of Horrors, Stephen Jones, ed.), a PhD in creative writing, and blogs at www.angelaslatter.com.