Swords v. Cthulhu is our newest genre-blending anthology of original fiction, and as it shambles toward its summertime publication we’re going to be posting excerpts from each of the stories. Our next teaser is from Jonathan L. Howard, who drags us deep into the bowels of the earth for his chilling “Without Within…”

It was unconscionable, and – he felt – a personal attack on his reputation and thereby his honour. Yet he held his temper and instead communicated his great rancour to Stephen Hensley with a glowering stare of unmistakable threat.

“This is a simple matter, Master Hensley,” said Major John Bell with dangerous deliberation. “I surveyed the breach myself. The length of fallen wall provides its own materials and pattern; there is naught of brain necessary but that it be put back as it was.”

This was not quite honest; the mine had shattered many of the blocks of stone that had formed the base of the city wall at St Mary’s and replacements would have to be found, likely by commandeering them from elsewhere within York. That was a trivial matter, however, and if some worthy woke up one morning to find their doorstep gone, then they were still getting off very lightly indeed.

The breach in the wall had been a matter of contention to the Parliamentarian forces even before the city had surrendered to them. The walls were far too well-constructed for artillery to bring them down. Instead, the engineers under Bell’s command had excavated a tunnel leading under the wall at St Mary’s with the intention to breach there and simultaneously at a similar mine at Walmgate Bar, allowing an overwhelming force to swarm in and take the city. It had been slow, dangerous work, with the possibility of detection or collapse at every yard of the way. Yet Bell’s men had managed it, and he had been proud of them for it. Aye, even of Hensley who now stood snivelling before Bell’s desk.

In olden times, the wall would have been collapsed by setting a fire in the tunnel to burn away the heavy timber supports the engineers had brought in to support the foundations they had themselves dug away. These days, gunpowder did the trick more effectively and allowed better timing of exact moment the breach would open, allowing the attackers to be in position and ready to take full advantage.

That had not occurred on this occasion, however. The St Mary’s mine was completed comfortably in advance of the one at Walmgate – largely the effect of the ground being stonier there, Bell conceded. Sergeant Major General Crawford of the Eastern Association under the Earl of Manchester expressed impatience and one of his subordinates took this to mean they should press ahead with what was available to them. On the 16th day of June, the year of our Lord 1644, this fool took it upon himself to fire the charge.

Crawford had only six hundred men available to take advantage of the collapsed wall, the merest fraction of what was required. They entered the city, but Royalist defenders sallied from the nearby Abbey postern gate and flanked the attackers from behind. Half the six hundred were killed or injured. Crawford claimed he had just discovered that the defenders had detected the Walmgate tunnel, and had successfully flooded it; he feared they also knew of the St Mary’s tunnel. That didn’t seem likely to Bell; the Royalists seemed to have been surprised by the breach, which argued against Crawford being right. It did not, however, preclude the possibility that he had acted in good faith. The Earl had taken him at his word, Cromwell less so.

After all their efforts, Major Bell was privately furious that the mine had been tossed away in such a manner. As it was, York eventually surrendered after most of the defenders marched out to join Prince Rupert in engaging the Parliamentarians. All they got for their trouble was slaughtered at Marston Moor before Rupert remembered pressing matters in the south and abandoned York to its fate. Sir Thomas Glemham was left as governor, looked at the sorry state of the forces left to him, and opened negotiations.

A month to the day after the disaster at St Mary’s, the Parliamentarians marched into the city at Walmgate, St Mary’s Gate, and Micklegate.

And here was Major John Bell, a month after that, trying to patch up the hole in the wall in whose creation he had been instrumental. It was a strange life, and not always an enjoyable one.

“The men don’t like the hole,” said Hensley. He had a shapeless cloth cap in his hands that he kept wringing incessantly. It was unseemly for a man of Hensley’s seniority, chief foreman and master of works.

“They helped make it,” said Bell. “Why would they show so much animosity to it now?”

Hensley stared at him.

Bell kept his anger in check. “Why are they so afeared of it, I mean? ‘Tis just a hole in a wall.”

“Not that hole, Major,” said Hensley. “The one beneath it…” 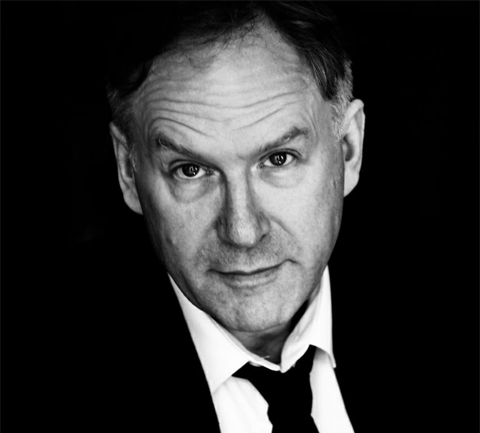 Jonathan L. Howard is the author of the Johannes Cabal, Russalka Chronicles, Goon Squad, and Carter & Lovecraft series. He is in no way haunted by horrors beyond the Abyss, and there are perfectly good reasons why he is usually to be found sitting in darkened rooms, speaking in a buzzy voice. He just doesn’t care to go into them right now, that’s all. He lives near Innsmouth with a pack of Deep ones. He lives near Bristol with his wife and daughter. He did live in York for ten years and nothing supernatural ever happened there. Except that one time.