Swords v. Cthulhu is our newest genre-blending anthology of original fiction, and to celebrate its publication we’re posting excerpts from each of the stories. Our next teaser is from Eneasz Brodski’s “Of All Possible Worlds,” where the dangerous atmosphere thickens with every page like the pungent incense used in some unspeakable rite…

My heart plummeted to my sandals.

“Titus…” My throat tightened, strangling my words. “This isn’t what I was expecting…”

The Ludus Matutinus trained and housed the Beastiari gladiators, as well as the animals they slaughtered. In its stables, I gazed down at a wretched human form chained in a dusty cart. A stunted thing, barely four feet tall, with knobby joints and not a single hair upon him. His wrinkled skin was scrawled with tattooed lines, cutting him into odd segments. He was the furthest thing from a horned, six-legged bear I could imagine.

“You promised me a horned, six-legged bear.” I protested. I could see Titus’s face grow dark, and fear crawled up my spine. If I could make him laugh… “He’s ugly enough, but Gracus was really excited about that horn thing—”

Titus’s open hand struck below my temple. The pain wasn’t as bad as the humiliation, the knowledge that he could do what he wanted with me.

“You forget your place, Marad.” He spit out my foreign name. “There weren’t any giant bears. This barbarian wizard will do.”

He would not do. Gracus had charged me with procuring beasts for the games. All damn year I’d been waiting for that bear. The legion had returned with plenty of regular, boring animals, but the horned bear was to be the centerpiece. I’d promised Gracus a monster battle.

“I can’t pay for this,” I said, avoiding Titus’s eyes. Looking lower. He was clean-shaven, as befitted his station, and my own salt-and-pepper beard felt all the more damning in contrast. He stepped forward purposefully, one hand resting on his sword’s pommel, the other pressing flat against my chest. He pushed, following as I retreated, until I was up against the stable wall. His breath assaulted me, inches away.

“Guards!” My voice broke, the bastards were standing right there. They marched over but didn’t lift a hand to restrain him. It didn’t matter that Gracus paid them to protect me. In the weighing of Roman Centurion versus Jewish Slave, there was no contest.

Titus grinned and ran his hand down my chest, to my belt, and slipped his fingers into my money pouch. I turned my face aside, praying my bladder would hold. He fished out several denarii.

A moment later he was gone and I was sliding to the floor, trembling. The so-called wizard in the cart wheezed out laughter. I glared at him. His mocking eyes met mine, a glimmer of madness flashing behind them.

“Go ahead and laugh,” I muttered. “You’ll be dead soon enough…” 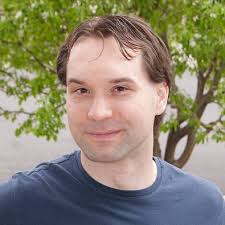 Eneasz Brodski lives outside Denver with his wife and their two dogs. He was raised in an apocalyptic sect of Christianity, which has heavily influenced his writings. He produces a podcast of Rationalist fiction, at www.hpmorpodcast.com, and blogs at www.deathisbadblog.com. His short work has previously appeared in Asimov’s Science Fiction, and he is currently working on a novel based upon this very story (“Of All Possible Worlds”).