Swords v. Cthulhu is our newest genre-blending anthology of original fiction, and as it shambles toward its summertime publication we’re going to be posting excerpts from each of the stories. Our next teaser is from Adam Scott Glancy’s “Trespassers.” Glancy knows his way around an action set-piece, but he also possesses a historian’s eye for detail, and brings together two unlikely bedfellows for a rousing yarn…

Captain Henry Conder, late of the Corps of Bengal Sappers and Miners, stood up from his collapsible camp desk and stretched. Recording the expedition’s progress could wait; Conder was intrigued that anyone could be so bold as to travel alone through the Kulun Shan. He did not for a moment think there was some mistake: his Gurhka Riflemen were unerringly precise in their observations and reports. It was one of the reasons he’d worked so hard to get as many as he could on this expedition. The Kashmiri Sepoys were sturdy enough, well-trained and diligent, but the even lowest Gurkha treated his duties with all the seriousness of a regimental sergeant major.

Conder fished a pair of binoculars out of his ruck-sack and strolled to the edge of their camp. Havildar Thapa stood peering off into the distance without the aid of binoculars, simply shielding his eyes from the waning sun. Like most Gurkhas, Thapa stood just over five feet tall. Conder towered over him at five foot eight. Should some Uyghur bandit decide to pick off the officer from among the Gurhkas, Kashmiri and Balti of Her Imperial Majesty’s Expedition to the Eastern Chinese Turkestan, he wouldn’t have much difficult sorting the white man from the Asiatics.

Havildar Thapa hadn’t bothered to unsling his Lee-Metford rifle yet, which told Conder the rider was still thousands of yards away. “Where is he, Havildar?” Conder asked in poorly accented Nepali. Thapa, the five other Gurkhas, and the seventeen Kashmiri Sepoys under his command all spoke decent English, so speaking a few words of Nepali was an unnecessary, but appreciated, courtesy.

Thapa pointed back down the valley they’d been reconnoitering the past week. Conder immediately saw the flicker of movement. Bringing his binoculars up Conder recognized the rider immediately. The giant man had stood out in Baron Savukoski’s party, even among the other Cossacks. Even at this range his size was apparent from how far down his legs hung along the flanks of the small, tough pony he rode. What had his rank been? Uryadnik? Senior Warden? It was definitely Baron Savukoski’s chief NCO, unless there was more than one sixteen stone Cossack to be found in the Kulun Shan.

Before departing Srinagar, Conder had received intelligence that a Russian expedition had left Tashkent, a party of Cossacks and Tuvans lead by the redoubtable Baron Arvid Erik Savukoski. The Finnish noble was well known among the cartographers striving to fill in the great swaths of nothing that occupied so much of the maps of Central Asia. Conder had enthusiastically read of Savukoski’s exploits in the press and various scientific journals, but the secret reports to Russian General Staff strained Conder’s meager Russian. When a brace of Cossack riders arrived carrying a letter of introduction and an invitation to bring their expeditions together for an evening of dinner, drink and talk of empire, Conder could hardly have refused such an invitation, but it still stung that the Baron had found him first… 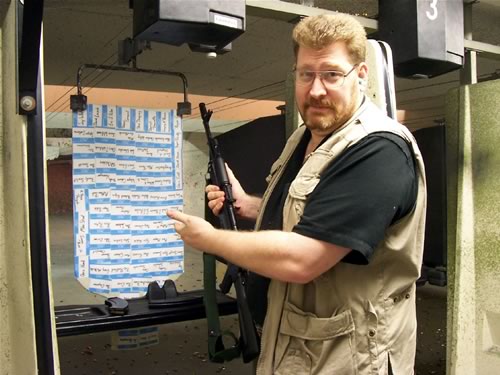 Adam Scott Glancy had played the Call of Cthulhu role-playing for decades before co-authoring Delta Green, a gaming supplement that married the gritty spy thrillers of John LeCarre with the cosmic horrors of H.P. Lovecraft. He joined Pagan Publishing in 1998 to work full time developing new Call of Cthulhu products. Delta Green remains his first love. Little is known of Mr. Glancy’s career plans prior to his joining Pagan Publishing, save for his cryptic references to the collapse of Soviet Communism as “the day those drunken Bolsheviks fucked my employment plans into a cocked hat.”