Swords v. Cthulhu is our newest genre-blending anthology of original fiction, and as it shambles toward its summertime publication we’re going to be posting excerpts from each of the stories. Our next teaser is from Carrie Vaughn’s “The Lady of Shalott”. As with previous masters of the field like Clark Ashton Smith and Michael Shea, Vaughn proves that when properly executed, a deftly humorous piece can throw the horrors from beyond space and time into stark relief…

As far as she could remember, the Lady had never been outside the tower. She might have been born here. She assumed she had been born, but maybe not. Maybe she just appeared, her complete adult self, flowing red hair and porcelain skin, dressed in a gown of blue trimmed with gold, with no memory of anything outside these rounded walls.

All day, every day, she wove a tapestry set on a loom against the wall. She might have been weaving forever, and she didn’t know if she would ever finish. The cloth was filled with pictures: ivy climbing up an old stone wall, willows dripping into rivers, tangled rose vines, flocks of birds soaring in a blue sky. At least, she thought that was what she was making. She could only shape what her mind told her, not what she saw.

She only knew one thing for certain, as firmly as she knew she had bones inside her skin and flesh: she must not look out the window set in the wall of her tower. She must never look outside, because that was her curse.

And what would happen if she looked out? She didn’t know that either.

A knight must do good.

Make a name for himself by doing good, by going on quests and such. Succoring the weak. Slaying monsters. Or all of them at once, if the opportunity presented itself.

Sir Lancelot found a task that might encompass all the fame and virtue he could wish for. If only he could be clear as to what this was actually about.

“On the tower,” the lowly swineherd replied, pointing.

Across the vale, past a river, down a glen and nestled in the middle of a dense copse, the tall stone edifice stretched straight up. The top was crenellated, and a single window gazed out. The space was black, nothing visible within. He hoped there might be a maiden looking out, brushing her hair while humming with a sweet voice.

He had seen the tower from the road. It looked promising, so he asked around. Nobody seemed to know anything about the storm-gray tower, except that it was cursed.

“Does anyone go there?” Lancelot asked.

The swineherd scowled. “No. It’s cursed.” The grubby man looked the knight up and down, squinting, appraising. Encased in shining armor Lancelot sat mounted on a powerful white steed, great sword secured to the saddle, all bedecked in bright colors and heraldry, but the fellow didn’t seem very impressed. Well, after all, this was the road to Camelot. Knights passed this way all the time… 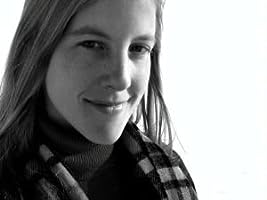 Carrie Vaughn is the author of the New York Times bestselling series of novels about a werewolf named Kitty. She also writes for young adults (her novel STEEL was named to the ALA’s 2012 Amelia Bloomer list of the best books for young readers with strong feminist content), the Golden Age superhero series, and other contemporary fantasy novels. She’s a contributor to the Wild Cards series of shared world superhero books edited by George R. R. Martin, and her short stories have appeared in numerous magazines and anthologies. She’s a graduate of the Odyssey Fantasy Writing Workshop, and in 2011, she was nominated for a Hugo Award for best short story. An Air Force brat, she survived her nomadic childhood and managed to put down roots in Boulder, Colorado, where she lives with her fluffy attack dog, a miniature American Eskimo named Lily. Visit her at www.carrievaughn.com